Robert Marchand is a 105 year old cyclist who had improved his world record for how far he could ride a bicycle in one hour from 15.1 miles at age 101 to 16.7 miles at age 103.  That is an 11% improvement in performance due to vigorous training.  Impressive at any age!

In addition, his blood tests that are used as markers of aging improved over those two years!

His program?  One day a week, intensive long duration cycling (at least 3 hours long) to deplete his muscle sugars.  This allowed him to store more energy in his muscles for future workouts. 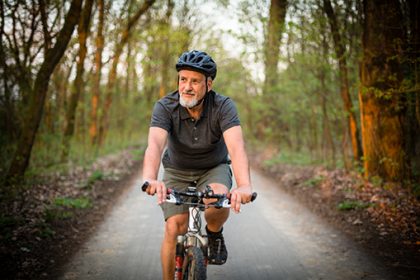 Two days a week, he did intensive interval training that involved exercising as hard as he could for 30 seconds to two minutes multiple times until fatigue.

The remaining 4 days a week, he did relaxed bike rides in order to recover from the other intense workouts.  He exercised every day of the week.

So, Robert Marchand proves that you are never too old!  Get out there and exercise!